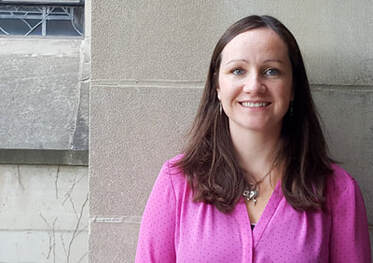 Nicole received her Bachelor’s in Science from Illinois State University and her Master’s in Montessori Education from Xavier University in Cincinnati. She also has her 6-9 Montessori certification from Xavier University, and an AMI (Association of Montessori International) administrators course certificate. She loves that in Montessori education we teach the whole child: the academics cannot grow unless the social and emotional parts are growing as well. Nicole loves to explore and adventure with her family, develop her gardening skills, and spend time in nature and on the water. A native Chicagoan, Pat enjoys cooking (she’s famous for her German chocolate cake), traveling, and working with children. She and her husband also serve as mentors for various young adults.   Pat has been at Alcuin Montessori School since 2000, and her granddaughter is a graduate of the Alcuin Middle School program. 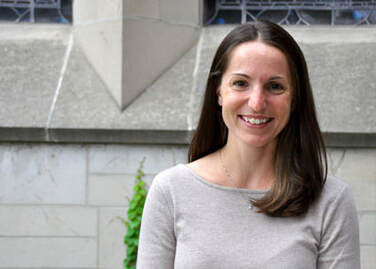 Erin Giannoni, Primary Director
Erin leads the Primary team and builds bridges between the Infant/Toddler, Primary, and Elementary programs. She has taught at the Primary level for 15 years at schools in Colorado, Chicago, and at Alcuin since 2015. Erin loves how the Montessori environments are designed to fulfill the child’s natural desire to manipulate and explore materials to engage in discovery.

​Erin received her Bachelor of Arts from Alma College with a major in Elementary Education. She received her AMS (American Montessori Society) Early Childhood Credential from the Montessori Education Center of the Rockies, her Master’s in Montessori Education from St. Catherine University, and an AMI (Association of Montessori International) administrators course certificate. Erin loves to travel, explore the outdoors, watch and play sports, and spend time with her family and dear friends. 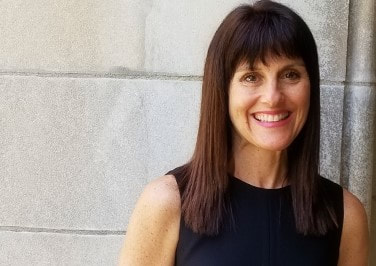 Gina Gleason, Executive Director
Gina Gleason began her Alcuin career as an assistant in the Primary program in 2003. She then served as lead teacher of a Primary class from 2004 through 2009, when she was named Lower School Director. In July 2010, Gina became Executive Director of Alcuin. As the Executive Director, Gina is the chief administrative officer and educational leader of the school. Gina received her Bachelor of Arts degree from Alma College, with a major in communications. In addition to her AMS (American Montessori Society) certification from Midwest Montessori Teacher Training Center, in Evanston, she also has a Master of Arts in Teaching from Concordia University with a focus on early childhood education, and an AMI (Association of Montessori International) administrators course certificate

Gina’s other interests include marathons and triathlons. She has completed over 50 races (including Ironman) and has participated in fundraising efforts for the Illinois Leukemia & Lymphoma Society and the Chicago AIDS Marathon Training Program. Her daughter and son are students in Alcuin’s Middle School,  Senior Elementary and Redwood Literacy program. 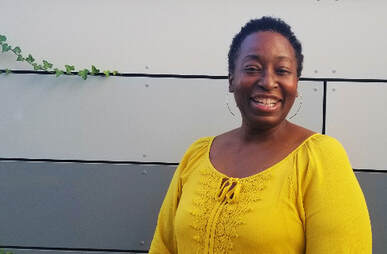 Sandra Simmons, Infant/Toddler Director
Sandra is the director of the Infant and Toddler program at the Roosevelt campus.  With over 20 years experience working with children, Sandra leads the program with passion, dedication, and loves watching the children grow as they understand new concepts.

Sandra received her 0-3 AMS certification from the Seton Montessori Institute in 2014 and attended Montgomery College in Maryland for undergrad. She is also a certified postpartum doula. In her spare time, Sandra loves teaching dance, listening to classical music while she cooks, going to farmer's markets, and spending time with her family. 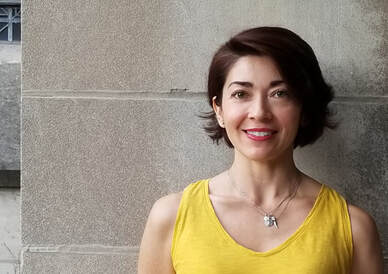 Alejandra Valera, Director of Advancement and Admissions
A Montessorian for 25 years, Alex Valera has previously worked at Near North Montessori and The Montessori School of Lemont. She has lectured at WellSpring Montessori Training Center and was a panelist at the “Freedom in Education” conference. As the Director of Advancement, she focuses on admissions, development, and alumni relations.  Alex also spearheads Alcuin’s internal and external communications, including marketing and social media, public relations, and advertising.

An award-winning writer, Alex received her Bachelor of Arts, with honors, in English and creative writing from Roosevelt University, and an AMI (Association of Montessori International) administrators course certificate.  She is also a graduate candidate, and fellowship recipient, at Johns Hopkins University completing her Master’s in Liberal Arts with a focus on LGBTQIA+/gender studies. Alex is currently working on her first novel, enjoys reading, traveling, speed walking, and sewing with her son who is a graduate of Alcuin’s Middle School program.